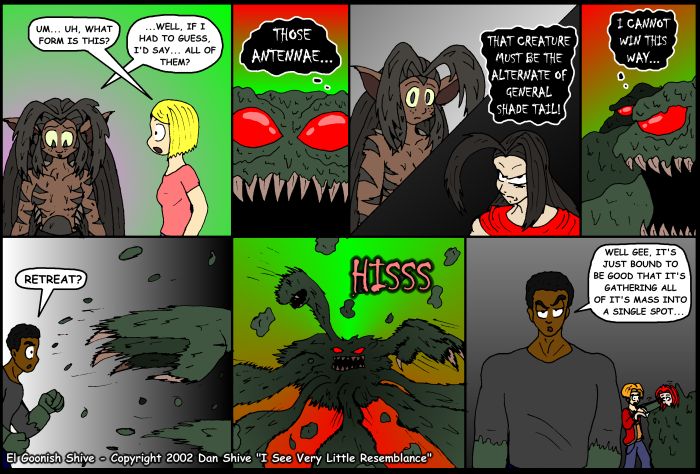 ALL of them? I thought she was just combining Cat and Jeremy forms. Do you have some squirrel mixed in there, too, Grace? In what way, exactly? I should've made her tail wider if that was the case! That would've been awesome!

Aw, I should've put General Shade Tail in silhouette.  It would've been all mysterious and junk, and I still could've made the antennae clear. Ah well.

As for the goo, well... THIS ISN'T EVEN ITS FINAL FORM