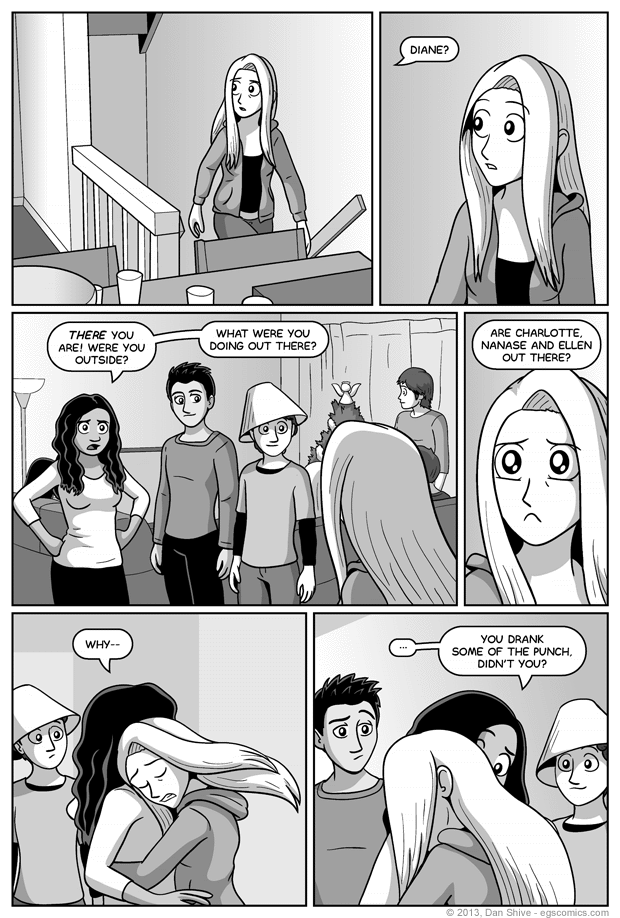 Before we begin: SKETCHBOOKS THIS WEEKEND! I scheme to have sketchbook entries on Saturdays and Sundays now. This is a thing that is happening. I will be posting reminders on Twitter and Tumblr. If there's an EGS character you want to see featured, feel free to let me know.

That's a lampshade on Elijah's head. Elijah is lampshaded. I don't know what that means in a meta sense or anything, but it's a party, so someone had to put one of those on their head. It's the rules.

Although, come to think of it, I've never seen anyone actually do that... I guess that invalidates all the parties I've been to before. Drat.

Anyway, I could've made panel three of this comic a bit simpler, but I wanted a definite "back to normal" feel and believed plenty of people should be shown. Granted, you can only see the backs of three heads and one guy in background, but that one guy was alsp the guy whose full transformation sequence was shown, and he clearly doesn't look like Nanase now (and is a he), so THERE.