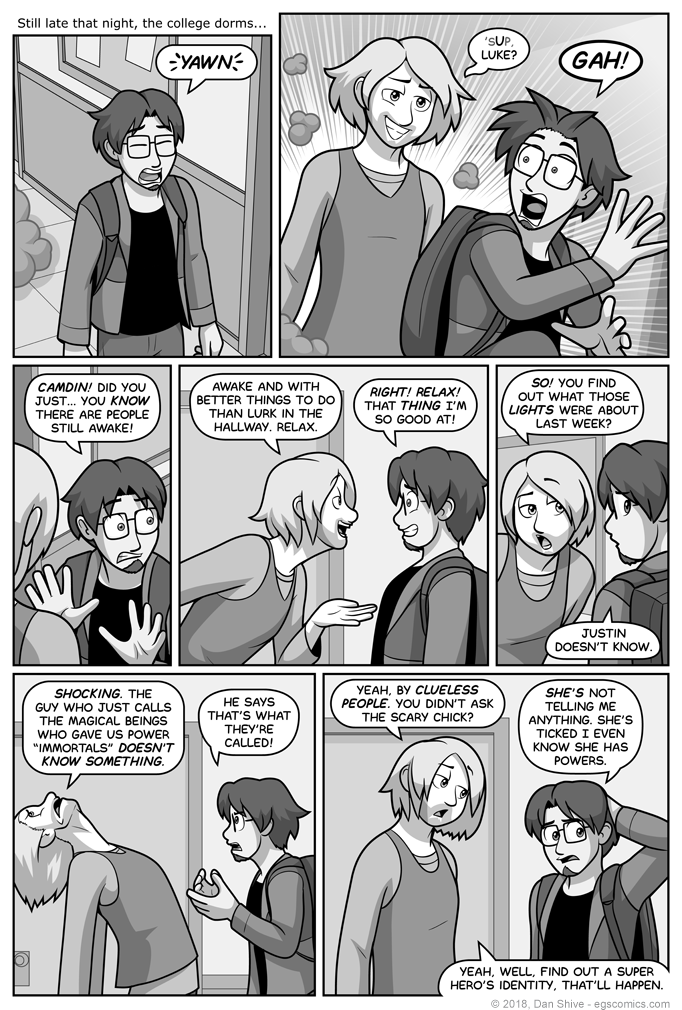 Luke would describe his "power" as "being able to tell just how screwed he is", so it's possible he finds relaxing difficult.

I swear he wasn't supposed to be hot. I just had a bunch of separate general ideas for his design, and then something happened when I combined them all.

ANYWAY! Um... I had originally planned the dialogue placement to be different to accommodate the height difference, but everything changed when I thought about making Camdin a man of bendy poses.

Also, I know this is impossible to tell in greyscale, but my intent for Camdin is that he has red facial hair in spite of being blonde otherwise. This is an actual thing that can naturally happen (my own facial hair is reddish in spite of my brown hair), and I thought it would be an interesting trait for him to have.