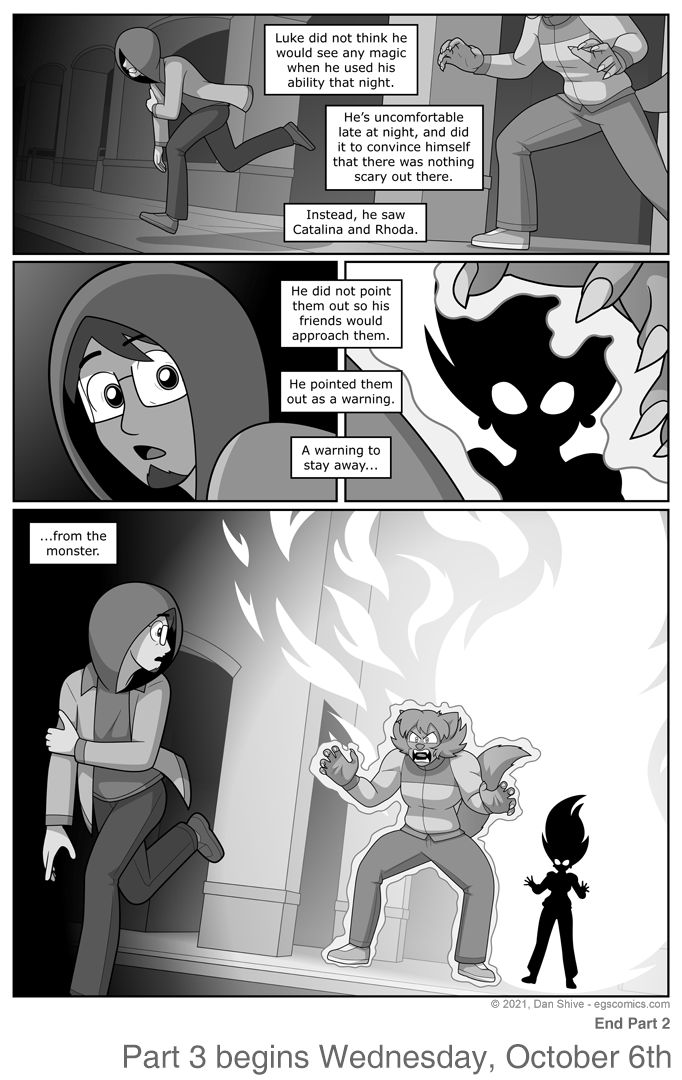 My apologies for not giving more of a heads up about the break!

The decision to end Part 2 on this exact note was a very late one, and in spite of planning to take a break between Parts 2 and 3, it somehow didn't click in my mind that it would be happening this quickly.

The week with a Monday to spare is for a few reasons.

There will still be EGSNP, as EGSNP is really, really chill right now. Like, it's literally about Tedd, Grace, and Sarah watching TV, and it somehow being light shipping material. That's pretty chill.

As for the actual comic commentary...

I didn't originally plan narration for this comic, and in a vacuum, I prefer it without it.

As part of a larger story, and wanting to make clear just what the heck Luke was thinking when he used his ability, however, I decided on narration. I also do like the how the narration concludes.

This, too, was a late decision, and some of the text placement is me working around the art, rather than the art working around it (it's normal for me to roughly determine where text will go well before anything is drawn).

I originally tried having Luke self-narrate, but questions like "when is he thinking this" and "is he telling this to someone" kept it from working.