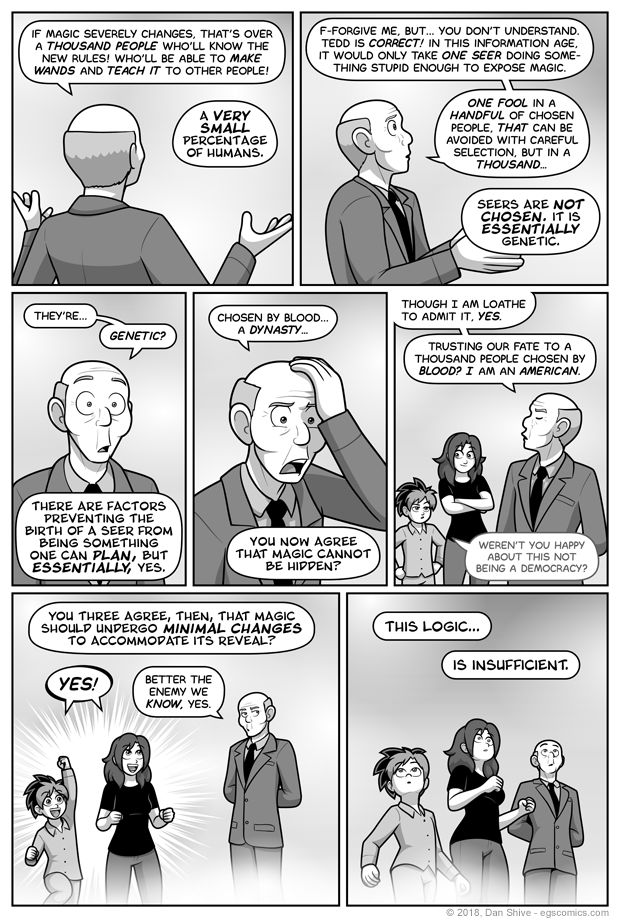 - Arthur made the same wrong assumption Pandora did

It's possible that ending a cycle that has persisted since "the dawn of man" might not be that easy.

And that's why nobody got the bright idea of using selective breeding to try and get an army of seers.

Or, at least, why that's never worked.

Throughout this scene, we've known more about seers than Arthur did, and he assumed something he shouldn't have. He assumed that "magic", or whatever it is they're dealing with, had some system of choosing seers, which could explain why there were so few of them.

Now, we all know where conclusion jumping will get you, but Arthur's understanding of magic, and it seemingly doing things with purpose, undoubtedly contributed to this particular conclusion jump.

And yes, I am feeling a bit charitable towards Arthur, because he just admitted he was wrong and is immediately acting accordingly. That is such a rare thing! Say what you will about him (and there's plenty that can be said), but he at least gets a cookie for that.

That said, having their fates decided by some people chosen by The Will of Magic doesn't seem particularly American, either, but I suppose it reminds him less of a monarchy.