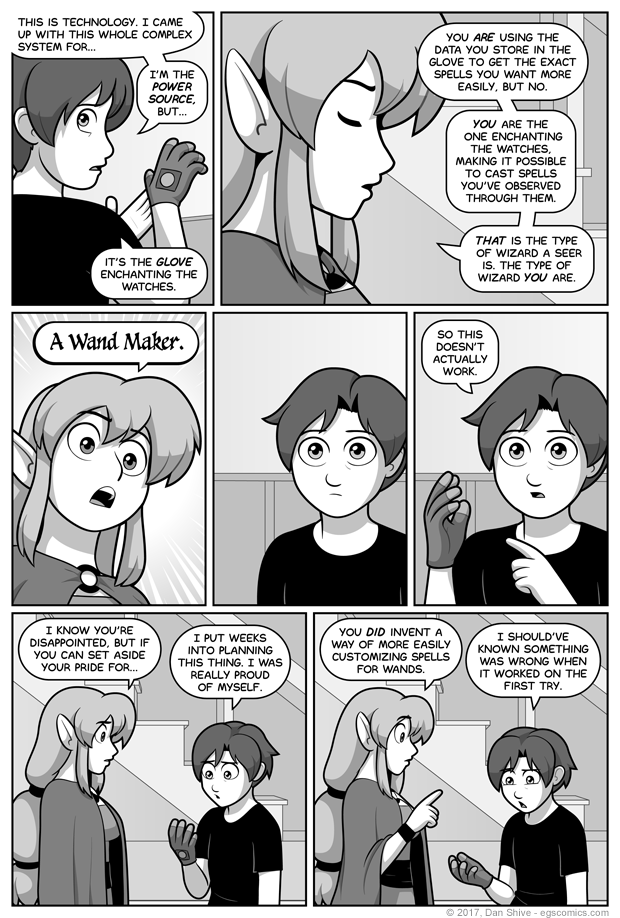 - "He's going to have mixed feelings about that."

That moment when you think you're really good at something, but it turns out you're just the chosen one or whatever.

I mean, it's neat and all, but you really thought you were good at the thing.

I had more potential ways for Tedd to put a negative spin on this, but there was a limit to how much could be in the actual comic. One I'll miss is Tedd comparing the accomplishment Pandora points out in the last panel to putting training wheels on a bike, and saying that he's not even a good enchanter because he needs the help.