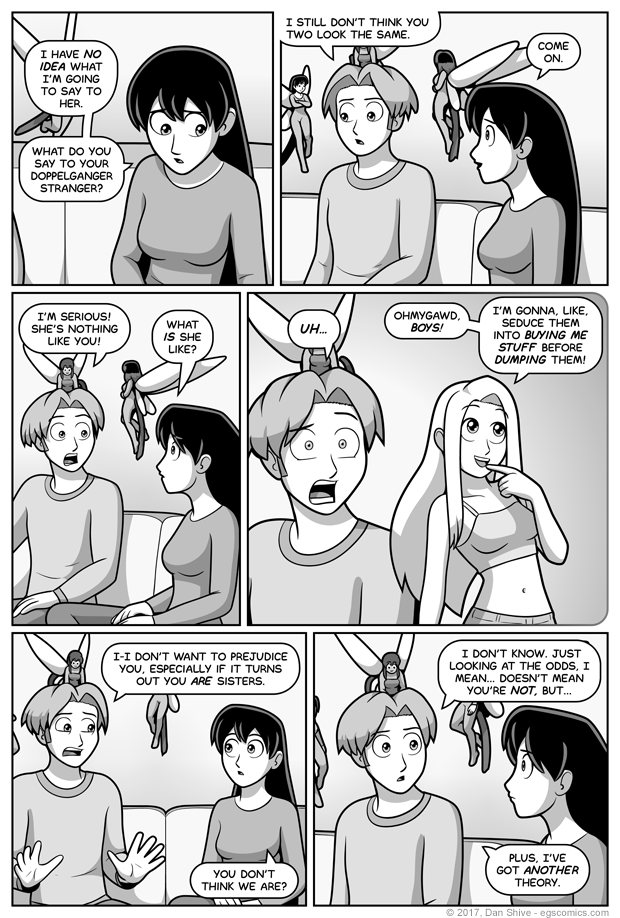 Add "Justin and Diane interact again" to the list of inevitable things that must happen someday.

I'm glad Justin has a theory to share, because one way or another, we were going to have a moment of Justin stubboningly holding to the opinion that Susan and Diane don't look the same. That opinion of his is important to me, darn it, and it was going to get a moment in this story arc come hell or high water.

Now, Justin's plenty smart, but he's not exactly a magic masestro (maestro? Maybe that works? Sure). Whatever his theory is, it's gonna be based on information we all already have.

Well, that, or I'm about to pull some sort of "Justin met a divine prophet off-panel" or something dealie, but that seems like a jerk move. I hope that's not where I'm going with this. I would be so angry with myself if so.