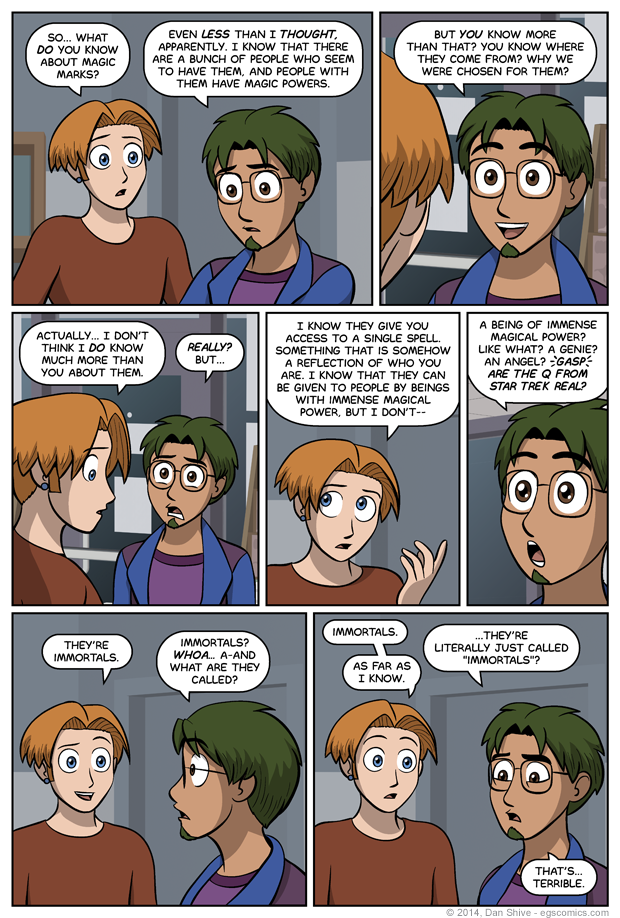 Hey, shut up, Luke! Naming stuff is hard, and I happen to be great at it! I'm secretly the guy they got to name stuff in the Crackdown video games series, and I did a great job! Do you know how long it took me to come up with "The Agency" for that one agency in the game?Just one weekend!

When one stops to think about it, there might be a lot to know about magic, but there isn't a lot to know specifically about marks. There are a number of details, such as the fact that they can technically be any shape regardless of spell granted, but they basically boil down to "one free spell for someone who hasn't awakened and probably put there by an immortal",

Granted, that latter point is a big deal, but it's still not a long list of things.

Incidentally, I'm currently scheming to go back to Mon-Weds-Friday story comics for a bit starting next week. I VASTLY prefer five a week so I can get away with my preferred pacing, so I don't intend this to be a permanent change, but it may last a several weeks. I need to regroup somewhat and get a lot of things I've fallen behind on done while organizing for the storylines after this one.