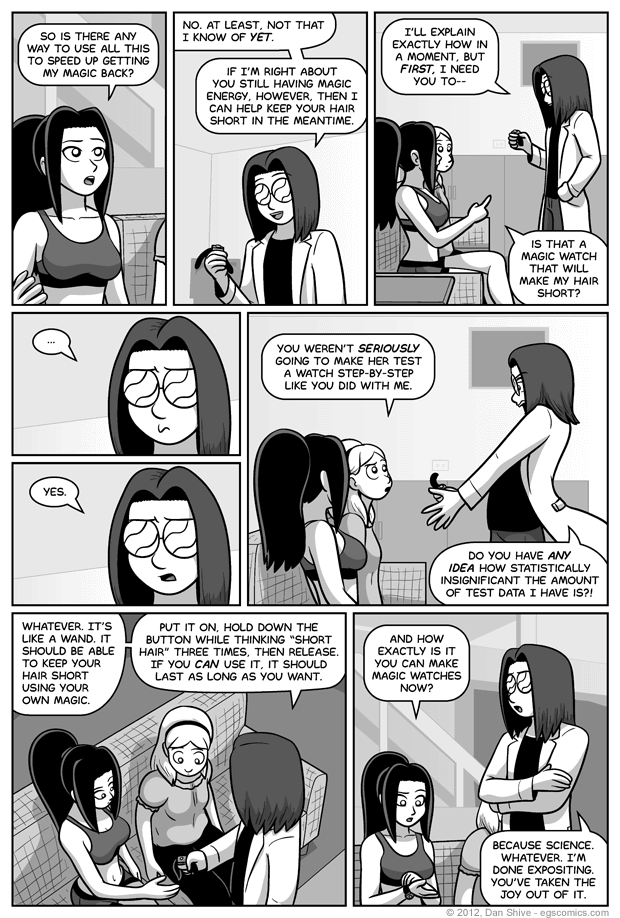 Before the rest of the commentary, I should note that there was a random sketchbook on Sunday! Hooray for randomness. Also that this will be another Mon-Weds-Fri story comic week, though I hope to end the 3-comic schedule tyranny next week.

It would have mostly happened off-panel, but I had originally intended for Nanase to actually go through the same steps as Sarah did with trying her watch. It occurred to me, however, that the intent of the watch intended for Nanase was incredibly obvious in context to the point that Nanase would very quickly deduce it, thus nullifying the tests, so... yeah. As should be obvious, that's exactly what wound up happening.

In Tedd's defense, he is attempting to approach matters scientifically, and his testing pool is ridiculously small and full of x-factors. He could really benefit from a bunch of volunteer test subjects, but short of breaking the fourth wall and asking readers of the comic for their assistance, that's not going to happen anytime soon.