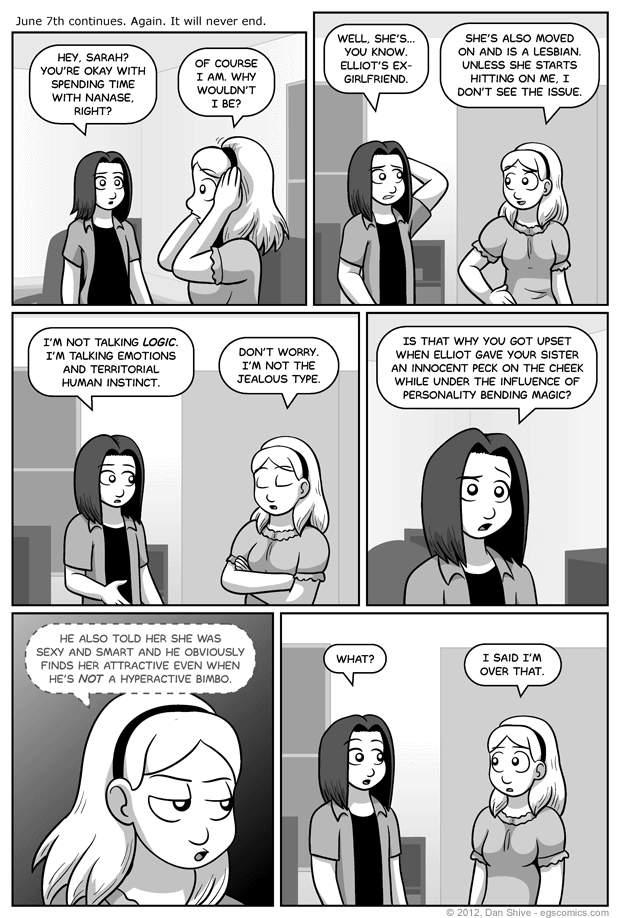 I thought of about a half dozen different titles for this comic storyline before throwing my hands up in the air and naming it Hair. I was very close to naming it "Hairnase". Heck, come Wednesday, I might have decided that was better and make this commentary momentarily confusing for future readers of it.

I had a bit of difficulty starting this comic due to the fact that there really isn't anything for Sarah and Tedd to be doing before Nanase shows up other than talk, which meant I wasn't sure where to position them in the basement. I considered having them passing the time while playing video games, but that somewhat undermined the whole "lab assistant" dealie.

Then I remembered that Sarah lost her hairband when she herself had a hair-related incident. Thus giving me a reason to position them in a particular spot of the basement and something of an indication of how shortly this is happening after the end of the last Sarah and Tedd storyline. HOORAY!