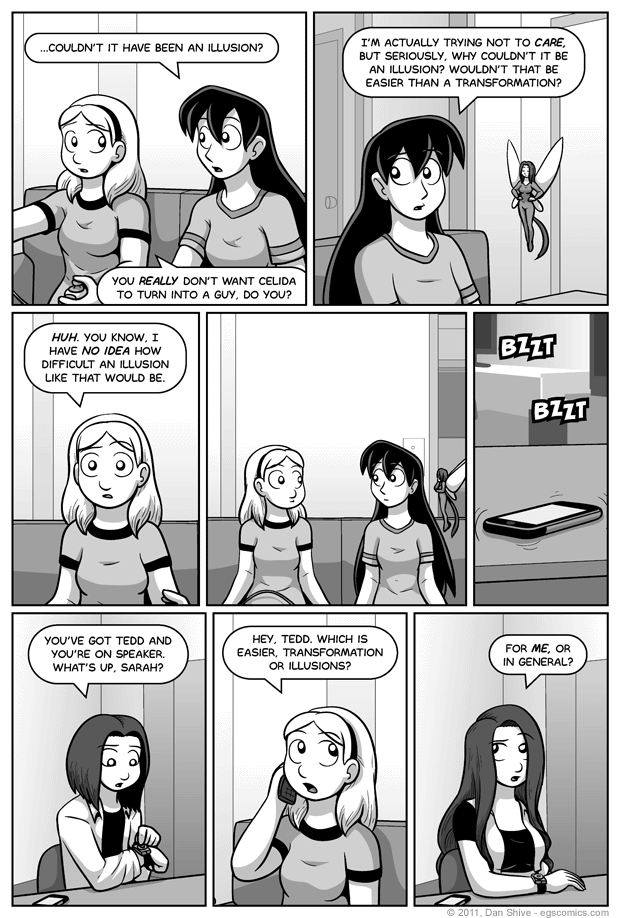 Posted October 17, 2011 at 1:00 am
Evidently, Tedd's been making some progress with his clothes morphing studies. This also might be the most relaxed reveal of one of Tedd's inventions ever, and there's steep competition.

When debating the whole gender issue with Zelda and Sheik, I've found that the illusion argument inevitably comes up. It's even one I've made myself when conversations have gone past the point of friendly debate and I've just been looking for a way to end the darn thing.

A consistent part of the "it could be an illusion" argument is that it would be easier, which I used to always agree to without question, but then I really started thinking about it. I'm not going to go into further detail in this commentary, but I wound up with all sorts of logistical questions regarding an illusion of that magnitude.

While in the middle of sketching this comic, I stopped working on it, sorted out my reference material, dug up some tutorials, and practice drawing anatomy for a couple hours. That sort of thing happens when I find myself getting frustrated while sketching things. It's about the most productive sort of tantrum I could have thrown, really.