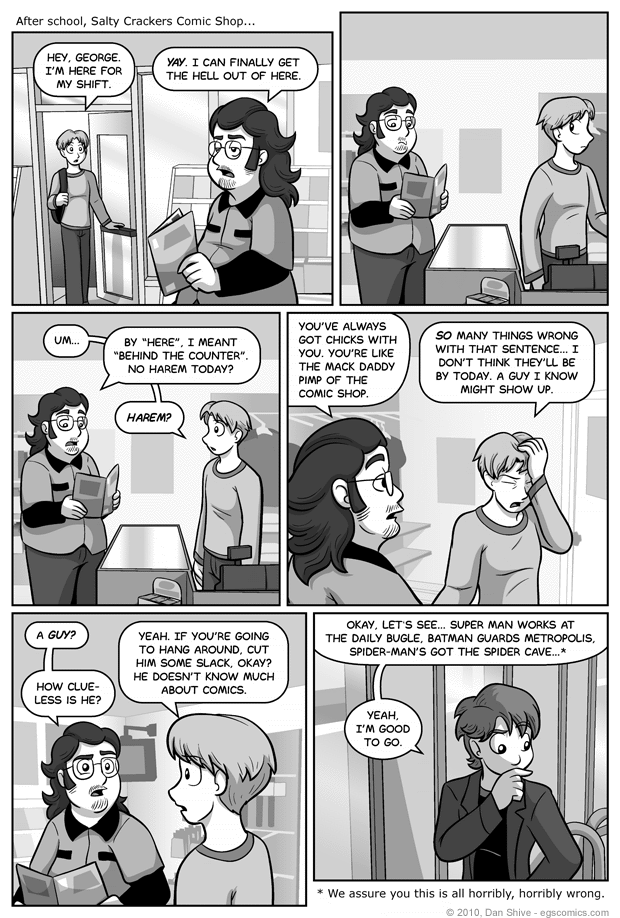 I bet Spider-Man wishes he had a Spider Cave. I mean, what does he actually have? The "Spider Apartment"? Yeah. I want another Marvel / DC crossover where Batman brags about his cave in Spider-Man's presence. It would be horribly out of character, but he could say "I'm Batman" or something a few extra times to balance things out.

Anyway, we last saw George in Hammerchlorians, though he was unnamed at the time and there was no indication that he worked at the store. And yes, he wound up being named after George Lucas. What can I say? It amuses me.

Speaking of George Lucas, I genuinely hope the guy is happy. In spite of all the problems with the prequels and the revisions to the original Star Wars movies, the thought of him being perpetually bummed about people putting it down makes me feel kind of sad about the whole thing.

I shouldn't worry, though. The guy probably has a pool full of money that he swims in whenever he's feeling down.