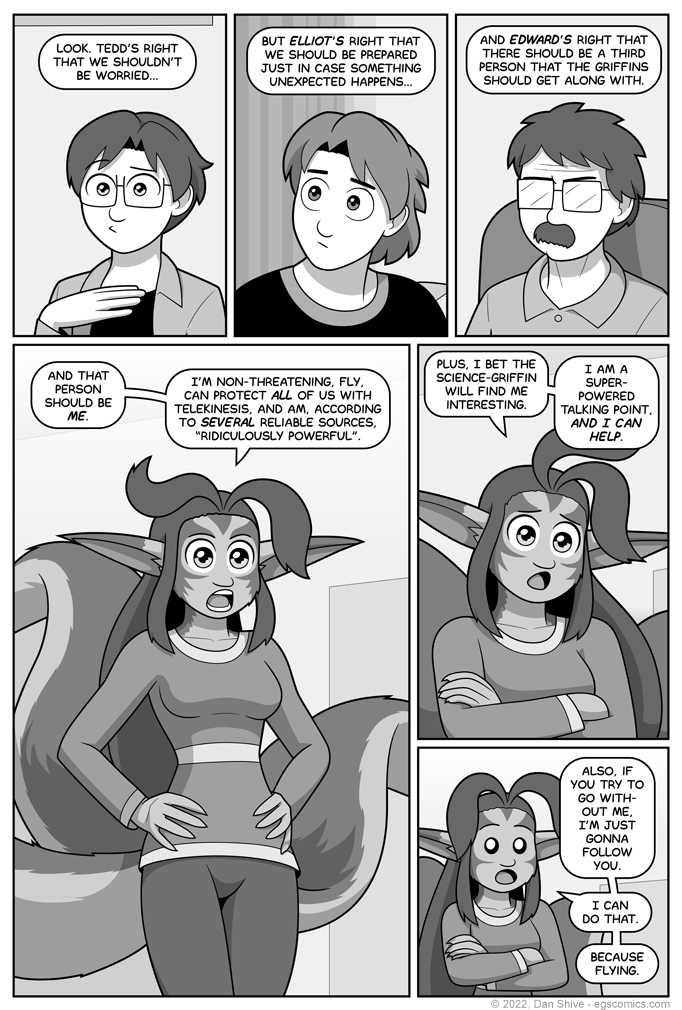 Grace has joined the party!

Edward would argue this until the cows come home (and they're quite far away), but no.

This here's a FLYING squirrel, and she's going either way.

Seriously, though, having Grace along is like having a very friendly Lion with you. That lion's not going to start anything for no reason, so, y'know.

People are well-incentivized to not give them a reason.

Granted, that doesn't work that well with a literal lion, but this is Grace.

Grace is not literally a lion.